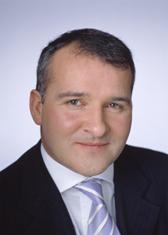 Garry Keegan is a leading community impact and conflict intervention expert in the area of infrastructure and urban development. He leads a team of associates dedicated to negotiating and managing solutions with external stakeholders, in particular local communities located in close proximity to new buildings and new infrastructure single and multi-site facilities.

Clients include utility companies and local authorities domestically and internationally, and building development companies. Over the past two decades, IPC has worked on the majority of large infrastructure projects throughout Ireland and has also worked on several projects (electricity, gas, water, waste, telecoms, and transport) in the U.K., Continental Europe and elsewhere

Garry holds an MBS from University College Dublin and an MA in Mediation from Maynooth University. He has completed ‘Business in the World Economy’ course at the prestigious London School of Economics & Political Science (LSE) and a PhD from the National University of Ireland Galway (NUIG). He is a former elected public representative with Dublin City Council and has held several board memberships, including the ESB.

Garry was appointed by the International Energy Agency as Operating Agent for Task 28 which is a research collaboration on Social Acceptance of Wind Energy Projects. Countries involved include the USA, Canada, Japan, Germany, Denmark, Portugal, Finland, Switzerland, UK, Netherlands, Norway, Sweden and Ireland.